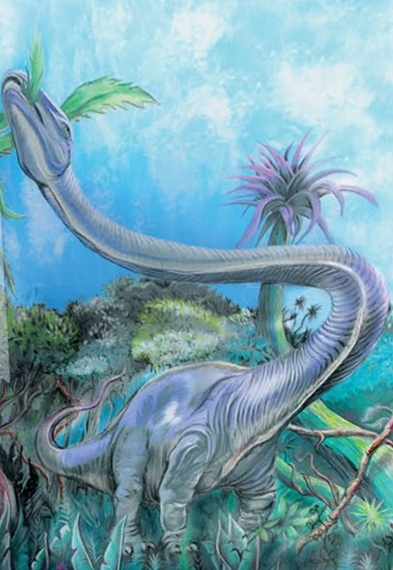 Originally conceived as only a virtual organization, Genesis Park was incorporated in 2013 in the State of NH. The Board of Directors established a Statement of Faith and laid out a vision for a physical facility at some point in the future. The purpose of Genesis Park is to showcase the evidence that dinosaurs and man were created together and have co-existed throughout history. This site stands in opposition to those darwinists who claim, “Dinosaurs… are the poster children of evolution.” (Carroll, Sean, Endless Forms Most Beautiful, 2005, p. 295.) Genesis Park questions the evolutionary propaganda heaped upon the dinosaurs and approaches the subject of origins with a literal adherence to the scriptures and an emphasis on creation demonstrating God’s power. “Have you not known? have you not heard, that the everlasting God, the LORD, the Creator of the ends of the earth, faints not, neither is weary? there is no searching of His understanding.” (Isaiah 40:28)

There are multiple senses in which dinosaurs are “living evidence of a powerful Creator.” Like all of the biological organisms inhabiting the planet earth, dinosaurs resist a naturalistic explanations of origins. That is, the missing transitional forms and shortcomings of naturalistic mechanisms (random genetic changes accumulating complex information systems) and inadequacies of natural selection apply well to the dinosaurs. The lack of clear phylogeny (evolutionary lineage) is a mystery that confounds the common ancestor theory of origins. In another sense, the dinosaurs demonstrate that some of the biggest, most impressive creatures lived long eons ago on the primeval earth. The book of Job clearly communicates that God created these creatures so that men throughout history might be awed with His power (Job 41:10). Lastly, there is evidence that some dinosaurs (and similar great swimming and flying reptiles) still survive. If these creatures are found morphologically unchanged (except smaller and arguably less fit), then this scenario would fit best within the creation model. Like the Psalmist, we would say, “Praise the LORD from the earth, you dragons, and all deeps:” (Psalm 148:7).

This site was first produced in 1999 through the effort of multiple individuals. Special thanks to the following people for their contributions to the material in this site:

Our sincere appreciation must also be extended to those who critiqued this material and assisted in the construction of the site:

Genesis Park was produced by Dave Woetzel. The webmaster is Peter Anglea. It undergoes constant changes as we seek to make improvements and vary the displays. Please take a minute to give us your suggestions before you leave. Also, we would invite you to sign up for the Genesis Park Monthly Newsletter!