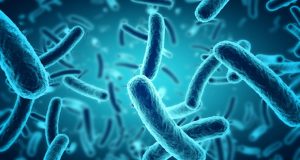 Many people assume that fossil fuels like oil must take a long time to form, because it is buried so deep in the ground. But new research shows that this cannot be the case. As we already discussed, oil originates with organic materials being buried and pressurized by overlying sedimentary layers. But today, nearly all the organic debris is consumed by scavengers or bacteria. Scientists have been surprised how quickly oceans have recovered from major oil spills, like the 2010 Deepwater Horizon spill in the Gulf of Mexico. Bacteria live everywhere, even far underground. So these microorganisms would consume oil even when it is buried. How could these vast oil deposits have formed and survived? Geologist Tim Clarey writes, “Often, secular geologists insist that most organic oils were generated millions of years ago–even 150 million years ago… The oil simply can’t be millions of years old–organic compounds cannot last millions of years in any natural environment. Thus, there shouldn’t be any ancient oil anywhere!” (Clarey, Tim, Carved in Stone, 2020, p. 425.)