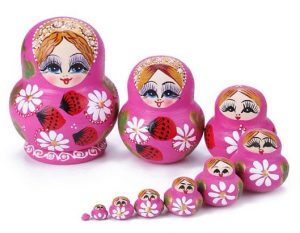 As a creation speaker, I especially enjoy doing presentations at secular venues, like public schools and colleges. Though audience members can be hostile, it is an opportunity to actually engage many who are undecided or “on the fence” regarding origins. Since most people are theists, many are genuinely interested in understanding what part God played. One of the most profound questions I get asked is why God made life “look like evolution.” Not long ago, a biology major at a secular campus asked me this same question. By it, he meant to inquire why organisms seemed to fit into a pretty clear hierarchy. For example, within the group of animals that have backbones (vertebrates), we have the group (or class) called reptiles. Within reptiles are clear groups like turtles, snakes, and crocodiles. There is a lot of variety in turtles, but each is a lot closer in shape and lifestyle to other turtles than it is to a snake or a croc. So we see groups within groups. Living things are like the famous Russian nesting dolls. When the doll is opened, a smaller doll is revealed inside. Each is distinct in itself, but it clearly fits into (or nests into) a bigger one. The biological pattern was noticed long before Darwin came along. Our modern system of classifying organisms into classes, orders, families, etc. was begun by Carolus Linnaeus, Swedish naturalist and creationist. Evolutionists, of course, interpret these similarities as evidence that all turtles shared a common ancestor. Further back in time, they theorize there was an ancestral reptile. Its descendants would eventually evolve into the first snake, croc and turtle ancestor. These offspring carried along the key genetic traits that make them all reptiles. So, the pattern makes sense in an evolutionary narrative. But why, darwinists ask, would a Creator make such a nested hierarchy pattern? Why not just make a bunch of unrelated but interesting animals? Doesn’t designing organisms to fit into neat groups makes it look like there was maybe a common ancestor? To see how creationists can respond to the question, please read below… 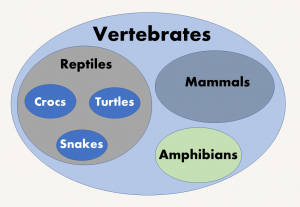 Psalm 19:1 tells us “The heavens declare the glory of God; and the firmament shows His handiwork.” The vastness of the cosmos and the innumerable stars tell us something of the power and majesty of our Creator God. But we are also to learn from the organisms that He created. Job 12:7-8 instructs, “But ask now the beasts, and they shall teach thee; and the fowls of the air, and they shall tell thee: Or speak to the earth, and it shall teach thee: and the fishes of the sea shall declare unto thee. Who knoweth not in all these that the hand of the Lord hath wrought this?” What are we to learn from these organisms? We can certainly see God’s creativity and incredible intelligence on display. The huge gap between the dead chemicals and the complexity of even simple life is a problem for evolutionists, as are the fossil missing links. But there is also a broader message in the pattern of plants and animals. You see, the error of darwinian evolution is a relatively recent error. The bigger problem throughout world history is the error of pantheism. Many ancient cultures believed that the natural world was the work of multiple gods. So God also wanted to send a message that creation was a unified whole, not the random work of multiple creators. He did this by tying all the plants and animals into a broad pattern that is easily observed and clearly looks like the purposeful design of a single Mind. Organisms plainly fit into groupings, one inside the other. Nested hierarchy (like the Russian dolls) shows the careful work of single creator.