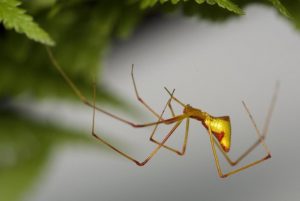 Last month we began a new series on adaptation, the process of organisms becoming better fitted for the environment around them. The stock explanation given by an evolutionary biologist is that natural selection acts upon heritable variation over multiple generations. By it’s very definition, this is a slow process. Tiny genetic changes, a small percentage of which are beneficial, will theoretically accumulate over the long run. But that doesn’t fit the evidence that has been coming to light. Biologists have been astounded to see adaptation happening before their eyes! The more we learn about this biological phenomenon, the more we see this process is very rapid. For example, stick spiders demonstrate highly targeted self-adjustments when migrating between different Hawaiian Islands. The spider’s offspring rapidly speciate after migration, with dark ones living among rocks or tree bark, gold ones choosing to live amid leaves, and white ones thriving on lichens. ScienceDaily reported that “a dark spider that hops from an old island to a new one can diversify into new species of dark, gold and white spiders before gold and white spiders from the old island have time to reach the new one.” This means that new species on the same island that look quite different are more closely related than they are to look-a-like species on other islands. The mismatch with evolutionary theory was actually noted in the article. Something other than slow and gradual evolution is going on here!