Computer Modeling of a Vapor Canopy

The theory that there was a water vapor canopy surrounding the early earth was prominently presented by Isaac Vail in 1912 in a book The Canopy and Longevity of Life. A few years later George McCready Price also championed the idea of a canopy theory. The anti-evolutionist apologist Harry Rimmer embraced the Canopy in his 1936 work The Harmony of Science and Scripture, stating the Earth was surrounded by a “protecting lens of ice that made the whole world an Eden of tropical splendor.” But the canopy was widely popularized when featured in the 1961 landmark work of Whitcomb and Morris, The Genesis Flood. Morris cited scriptures like II Peter 3:5-6 to argue that the biblical answer for uniformitarian skeptics was the conditions of the early earth and the flood. The primeval earth was standing out of the water (ocean) and in the water (vapor canopy). 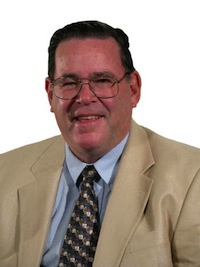 The theory reached a high point with the rigorous work of Joseph Dillow (The Waters Above: Earth’s Pre-Flood Vapor Canopy, Moody Press, 1982.) Thereafter a number of leading creationists became skeptical of the theory. Typically the work of Larry Vardiman is cited as evidence that the Vapor Canopy Model is untenable. Dr. Vardiman, a climatologist working at the Institute of Creation Research, did extensive computer modeling to determine the impact of a vapor canopy on earth’s climate. He discovered that a canopy, while technically sustainable, would be too effective as a thermal blanket. A canopy that contributed significantly to the flood waters would cause a runaway green house effect and make the surface of the earth extremely hot (Vardiman, Larry, “Sensitivity Studies on Vapor Canopy Temperature Profiles,”Proceedings of the Fourth International Conference on Creationism, R. E. Walsh (editor), pp. 607-618, 1998.).

Genesis Park commissioned Dr. Vardiman to revisit the topic of the vapor canopy in 2012. The goal was to utilize up-to-date simulations, try a canopy higher above earth where it doesn’t have to maintain an energy balance with the lower atmosphere, explore the transfer of heat from the ocean to polar regions and the emission of energy to space, and increase the albedo at the top of the atmosphere by adding daytime clouds to the model. Albedo is the fraction of the incident sunlight that is reflected back into space. The possible impact of the Van Allen belts was also considered in this study.