Diplodocus in the Amazon

At the end of the 19th century a Letter in Scientific American recorded the following incredible events: “…the Brazilian Minister at La Paz, Bolivia, has remitted to the Minister of Foreign Affairs in Rio photographs of drawings of an extraordinary Saurian killed on the Beni after receiving thirty-six balls. By order of the President of Bolivia the dried body, which had been preserved at Asuncion, was sent to La Paz. It is 12 metres long from snout to point of the tail, which latter is flattened. Besides the anterior head, it has, 4 metres behind, two small but completely formed heads rising from the back. All three have much resemblance to the head of a dog. The legs are short, and end in formidable claws. The legs, 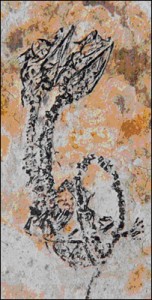 belly, and lower part of the throat appear defended by a kind of scale armour, and all the back is protected by a still thicker and double cuirass, starting from behind the ears of the anterior head, and continuing to the tail. The neck is long, and the belly large and almost dragging on the ground. Professor Gilveti, who examined the beast, thinks it is not a monster, but a member of a rare or almost lost species, as the Indians in some parts of Bolivia use small earthen vases of identical shape, and probably copied from Nature.” (Anonymous, “A Bolivian Saurian,” Scientific American, London, Vol. 49, No. 1, July 7, 1883, p. 3.)

One of the odd things about this report is that the saurian creature had multiple heads. It is not difficult to find examples of snakes and even turtles surviving today with multiple heads (a condition called polycephaly). A two-headed lizard-like reptile with a long neck and tail was discovered fossilized in China. The specimen comes from Cretaceous rocks in the Yixian Formation in the northeast. The birth of a two-headed bearded dragon lizard in California made national news. Perhaps creatures like these gave rise to the legends of multi-headed dragons which come, not just from South America, but all around the world. The Editors of Journal of Science followed up the remarkable article mentioned above with further analysis of the Bolivian creature, mentioning especially the oddly mammalian “fox-like” ears it possessed. (Editors, “The Bolivian Monster,” Journal of Science, London, Volume 7, April 1885, pp. 195-201.) 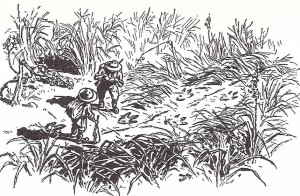 “In 1907 Lieutenant-Colonel Percy Fawcett of the British Army was sent to mark the boundaries between Brazil and Peru. He was an officer in the Royal Engineers and was well known as a meticulous recorder of facts. In the Beni Swamps of Madre de Dios Colonel P. H. Fawcett saw an animal he believed to be Diplodocus… The Diplodocus story is confirmed by many of the tribes east of the Ucayali, a region covered by Clark.” (Clark, Leonard, E., The Rivers Ran East, 2001, p. xvi.) The drawing to the left is by Colonel Fawcett’s son, Brian. (World Explorer Magazine, Vol. 1, No. 6, p. 62.) The intrepid explorer also picked up reports of huge monsters inhabiting the swamps near the Madidi River in Bolivia. “There are snakes and insects unknown to scientists, and in the forests of the Madidi some mysterious and enormous beast has frequently been disturbed in the swamps–possibly a primeval monster like those reported in other parts of the continent. Certainly tracks have been found belonging to no known animal–huge tracks, far greater than could have been made by any species we know.” (Fawcett, Exploration Fawcett, 1953, pp. 220-221.) 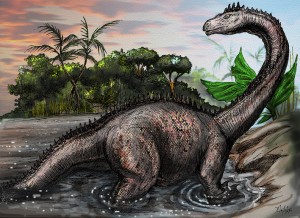 In later years, a few occasional reports concerning the “Madidi monster” would reach the west. Modern-day explorer Leonard Clark picked up stories of Indians seeing long-necked animals that browsed on the vegetation and attacked canoes that approached them. “Speaking of reptiles, old boy, Colonel Fawcett reached the eastern edge of Madre de Dios, out where you are going. It is a country of swamps apparently. One day while running his dugouts through it, he saw a great reptilian head rise out of the jungle, but before he could shoot, the head was lowered. From the noise the beast made getting away, he took it to be some sort of dinosaur. His Indians revolted and it was necessary to return to Mato Grosso. When I smiled, he presently added, ‘Don’t be too sure they don’t exist – we hear a great many stories from the Indians here!’” (Clark, Leonard, The Rivers Ran East, 2001, p. 41.) 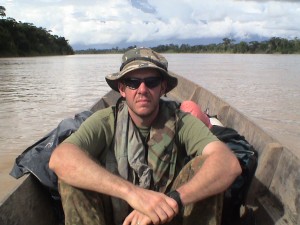 In 2005, Genesis Park staff mounted an exploratory trip up Amazon tributaries along the border of Brazil & Bolivia. Villagers and indigenous communities were contacted from the Rio Madre De Dios, up the Rio Beni and towards the Rio Madidi. Very little knowledge of any long-necked reptilian creature was uncovered, but what reports were received matched the information obtained about the Mokele-Mbembe from the expeditions into Africa. We heard of a strange, two-headed reptilian figure that adorns ancient pots in Peru. This dinosaur-like image, called a “Strombus Monster” by archaeologists, is a common motif on Moche ceramic vessels that date to about 300 AD. (See the Moche art on our Ancient Depictions page.) Perhaps these drawings are based on reports from the Amazon of creatures like the Bolivian two-headed saurian. Notice the same “fox-like” ears mentioned in Journal of Science. 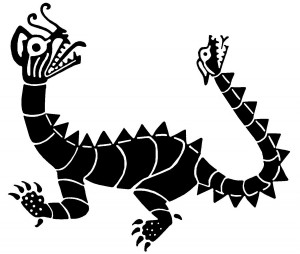 It is quite likely that some of the large sauropod dinosaur species (like Diplodocus, Brachiosaurus, Titanosaurus and Apatosaurus) were merely variations of the same created kind. And so today, despite the different names from Africa to South America, the general description of supposed living dinosaurs remains the same: about 30 ft in length with a long neck, snake-like head and long, flexible tail. Apparently these dinosaurs are similar in form to their counterparts in the fossil record. Indeed, the creation model would predict that they could not evolve into a different kind of animal. In fact, living fossils are often smaller (and arguably less “fit”) than their preserved ancestors, again conforming to the creation model.