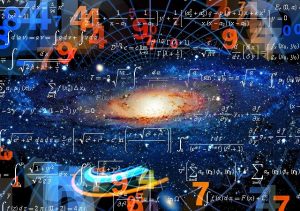 Albert Einstein once commented, “The most incomprehensible thing about the universe is that it is comprehensible!” The universe around us is logical and follows laws that can be precisely modeled by mathematics. Why is this? In 2015 Robert Nelson, a professor at the University of Maryland, authored an intriguing book: God? Very Probably: Five Rational Ways to Think about the Question of a God. He explains that mathematics exists independent of any physical reality. It is the job of mathematicians to discover the realities of this separate world of logical laws and concepts. Physicists then put the mathematics to use according to the rules of prediction and confirmed observations of the scientific method. Isaac Newton found that the law of gravity could be modeled by his discovery of calculus. At the time, however, many people resisted Newton’s conclusions because they seemed to be ‘occult.’ Why would distant objects in the solar system be drawn toward one another in obedience to a precise mathematical law? Newton could only respond that it was the will of God. Indeed the mathematical order of the universe points to a Mind behind it all. Galileo reportedly said, “Mathematics is the language with which God wrote the universe.”

One thought on “The Mathematical Universe”