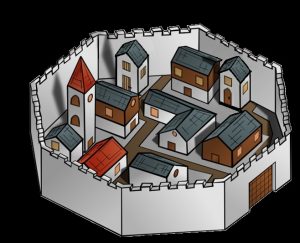 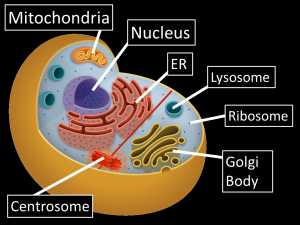 In Darwin’s day, little was understood about the human cell. It is somewhat understandable that those scientists thought cells could form spontaneously from non-life. They could see the nucleus and the outer wall (cell membrane) but couldn’t see the complexity that lay deep inside. Starting around 1900 the cell’s tiny organelles were described (immediate right). In more recent times, the cell was likened to a microscopic building (recall my analogy with proteins being like the bricks composing the Empire State Building). But now we are coming to see that the cell is more like a Medieval City (far right), with the cell membrane being analogous to the wall and the organelles operating like the buildings: information libraries, transportation facilities, energy plants, production sites, waste-disposal, communication mechanisms, and armed defenses against foreign intrusions. Next month we will begin to detail some of this machinery, featuring an amazing intracellular transportation machine.