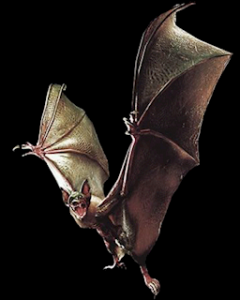 Madagascar is one of the largest islands in the world. It is also the home to an alleged cryptid, called Fangalabolo. This next month we are planning an initial reconnaissance trip to look into the sightings of this nocturnal creature to determine if a full expedition might be warranted. Eye witnesses describe it as something like a giant bat with a 5-6 foot wingspan. The biggest bat known is the giant golden-crowned flying fox, which lives in the Philippines. It is about the same size (4-5 ft wingspan). But it hasn’t been known to live elsewhere. Might the Fangalabolo be a living pterosaur, something like the Kongamato of Africa, known in countries to the west? Even discovering a new species of giant bat would be quite exciting!