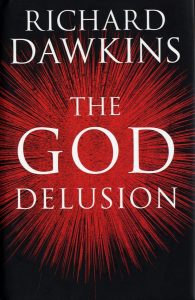 Over the last decade or so atheism took a more aggressive turn. Four authors in particular were celebrated as the “Four Horsemen of the Non-Apocalypse” (an allusion to the biblical horsemen of Revelation). These four, Sam Harris, Richard Dawkins, Daniel Dennett, and Christopher Hitchens, promulgated atheism with a missionary zeal. Their books became best sellers as they took on all forms of religion, especially Christianity. Not content to claim that the “God Hypothesis” was proven false by modern science, they trashed religion as a scourge on society. Atheism, they preached, provided a higher moral ground, a universal and objective secular standard of morality. This distinguished them from prominent atheists of the past. Recently I read Michael Egnor’s insightful article New Atheism: A Shipwreck of Fools. He writes, “New Atheism is dead. It was conceptually dead from birth, but now it’s stopped twitching…” The bloom is off and the inherent contradictions are plain for all to see. Egnor paraphrases them: Everything came from nothing for no reason! The universe came from quantum mechanics, which is nothing! Acknowledging an intelligent Creator is an impediment to science, but asserting meaningless existence is a boon to science! We are meat machines, and you should pay attention to what we say! There is no good or evil, and if you think there is, you’re evil! There is no free will and you should change your mind and agree with me! Information is not detectable in nature, except in my book about it! Gene duplication adds new genetic information, and plagiarism is not permitted in my class! My assertion that your mind can have no contact with truth is true!
Egnor’s rhetoric is a beautiful thing.