How Do Viruses Fit Into the Creation Model 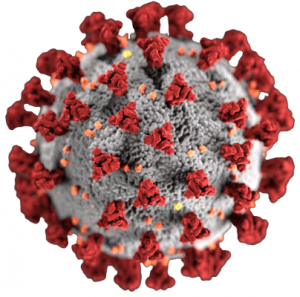 World attention is focused on the coronavirus that is causing a global pandemic. People’s perception of viruses is almost totally negative. With this terrible reputation, we might be inclined to ask why God made viruses in the first place. Unlike bacteria, single-celled organisms that are alive and can reproduce, viruses are non-living capsules of DNA. They have a hardened outer protein shell, which, like a space capsule, has attachments for docking onto a living cell. The virus’ machinery then has the ability to insert its foreign DNA into the host cell. The cell’s factories are co-opted to make many millions of copies of the virus. We understand this basic process from our experience with computer viruses. The world is full of biological viruses. They are the most abundant biological form on the planet. But again, we are tempted to ask: What good is it? Viruses certainly were designed by God. This simple, but elegant system with its specialized proteins and information could not have evolved by chance or self-assembly. Indeed there is evidence that God designed viruses to play an important role in sharing genetic information from one individual to another. This would be a horizontal transfer of genes (person to person, rather than parent to child). More information allows individuals a better chance to survive when environmental conditions change. Think of a computer program that is very versatile, with built-in components like multiple languages, visual impairment tools, etc. The more diversity, the more useful the program becomes. This ability of viruses to transfer genetic material has been a boon to genetic engineers. For example, we have used viruses to modify the genes in plants and improve crops. They have been used to treat cancer. But viruses can also wreck havoc on biological systems. This can adversely affect humans, but viruses also keep the world’s bacteria populations in check. This may have been the original design for viruses. But all of the biological world has fallen under God’s Curse since the sin of Genesis 3. The Curse includes diseases, carnivory, catastrophes and ultimately death. As Romans 8:22 says, “For we know that the whole creation groaneth and travaileth in pain together until now.” Christians look forward to a day when God will restore life’s systems to a perfect design (Revelation 21:4).

One thought on “How Do Viruses Fit Into the Creation Model”