Temperate Climates at the Poles 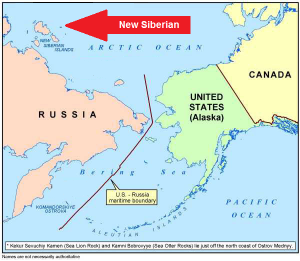 The New Siberian Islands (north of the Siberian Arctic mainland) have yielded an abundance of fossils (mammoth, woolly rhinos, musk ox, antelope, deer, bear, horse and more than 50 other species), requiring forests and meadows to sustain them. Embedded in Arctic muck are a large number of mammals that have been frozen before they could decay. A completely preserved frozen woolly mammoth was excavated. In Alaska, duck-billed dinosaurs, turtles, conifers, herbaceous vegetation, and broad-leaved trees bear testimony to a tropical environment that once existed. Dr. Jack Wolfe in a 1978 U.S. Geological Survey Report submitted evidence of tropical vegetation in Alaska: mangrove, palm trees, Burmese laquer trees and others. (Dillow, Joseph, The Waters Above, 1982 p. 348.) 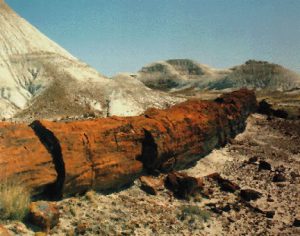 Mainstream geologists concede that tectonic plate movement has a hard time accounting for the semi-petrified fossil forest on Axel Heiberg island in the Arctic. Trees like metasequoias give evidence of in-situ growth and a high-latitude wetland forest. (Basinger, JF, “Our ‘Tropical’ Arctic,” Canadian Geographic, Vol. 106 no. 6 Dec./Jan. 1987, pp. 28-37.) In 1998 a champosaur, an extinct subtropical crocodilian, and turtles were discovered in the Queen Elizabeth Islands in Arctic Canada. Obviously such a reptilian was not mobile enough to migrate. This would require a temperature range of 25° to 35°C for an area that currently sees temperatures of -45°C. (Oard, Michael, “A Tropical Reptile in the ‘Cretaceous’ Arctic,”CEN Technical Journal, vol. 14, no. 2, 2000, p. 9.) 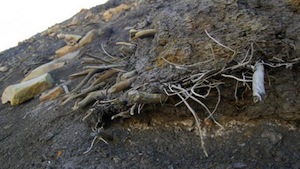 In 2009 Joel Barker of Ohio State University discovered another ancient forest found on Ellesmere Island, which lies north of the Arctic Circle in Canada. It contained dried-out birch, larch, spruce, and pine trees. “About a dozen such frozen forests exist in the Canadian Arctic, but the newest site is the farthest north.” (Chang, Alicia, “Mummified Forest Reveals Climate Change Clues,” Huffington Post, December 16, 2010.) See picture to the right.

“Though the ground is frozen for 1,900 feet down from the surface at Prudhoe Bay, everywhere the oil companies drilled around this area they discovered an ancient tropical forest. It was in frozen state, not in petrified state. It is between 1,100 and 1,700 feet down. There are palm trees, pine trees, and tropical foliage in great profusion. In fact, they found them lapped all over each other, just as though they had fallen in that position.” (Williams, Lindsey, The Energy Non-Crisis, 1980, p. 54.)

A similar “lost world” is frozen in place at the South Pole. The geologist, Peter Barret, was one of the first to look for fossils in Antarctica. He discovered an amphibian jaw belonging to a creature that could only have survived in a warm, damp environment. Various paleontologists have followed his lead. Thirteen thousand feet up Mt. Kirkpatrick in Antarctica (400 miles from the Pole) pterosaurs, carnivorous theropods, and many other creatures have been found. Creationist Duane Gish asked a pertinent question: “How could animals like dinosaurs, flying reptiles, and turtles survive alongside ferns and conifers in areas with very low temperature and months of darkness?” (Gish, Evolution: The Fossils Stills Say No!, 1995, p. 127.) Either this array of living materials floated into the polar region at the time of the Genesis Flood and froze thereafter or, if the material was buried in situ,  the polar regions enjoyed a dramatically different climate which ended after the Flood. 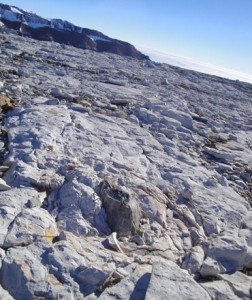 A report about “weird forests” that once sprouted in the Antarctic appeared in 2013. Trees that appeared to be a mix of evergreen and deciduous grew in a land that is always icy today. Scientists have been examining the wood under a microscope to determine how the trees could grow without sun for half the year. They surmise that “Some 250 million years ago, during the late Permian and early Triassic, the world was a greenhouse, much hotter than it is today.” (Pappas, S. “Weird Forests once Sprouted in Antarctica, LiveScience, November, 2013.)

It seems obvious that there was a dramatically different climate on the land masses that are now at the poles. “The discovery of thousands of well-preserved leaves in Antarctica has sparked a debate among geologists over whether the polar region, rather than being blanketed by a massive sheet of ice for millions of years enjoyed a near-temperate climate as recently as three million years ago.” (Raymond, Chris, “Discovery of Leaves in Antarctica Sparks Debate over Whether Region Had Near-Temperate Climate,” Chronicle of Higher Education, March,1991, p. A9, as cited in Morris, 1997, p. 273.) Not only is there the evidence from extensive warm-climate paleoflora, but frost rings are rare to nonexistent.  We conclude then that the pre-flood earth was temperate worldwide.