The Origin of Dinosaurs 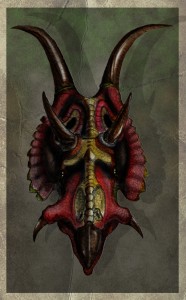 “Where did dinosaurs come from? That apparently simple question has been the subject of intense debate amongst scientists for over 150 years…” (The Natural History Museum Book of Dinosaurs, 1998, p. 12.) Some evolutionists speculate that reptiles, including dinosaurs, evolved from the amphibians; while the amphibians developed from the fish. It is believed that the Age of the Reptiles began during the Triassic period, approximately 225 million years. Certain tetropods that are thought to have lived in the late Permian/early Triassic (like gorgonopsians, the shovel Lizard Lystrosaurus, and Massetognathus) are supposed to have branched into both small rodent-like mammals and dinosaurs. The predecessors of dinosaurs are often vaguely described as the “Archosaurs of the Triassic.”

But the truth is that there is no consensus on this. “But paleontologists are equally concerned with puzzling out how these mighty beasts got their start. Who were their ancestors? … Tracing the origins of the earliest dinosaurs has been a major challenge for paleontologists because there are no uncontested fossils from their earliest days on Earth.” (Balter, Michael, “Ping-sized Predator Rattles the Dinosaur Family Tree,” Science, 2011, p. 134.) “Dinosaurs are one of the most successful groups of animals to have roamed the planet…from small creatures just a few feet long to some of the largest animals ever to have walked Earth. But despite their long evolutionary history, the origin of dinosaurs remains shrouded in mystery…when they first appeared, they were already recognisably dinosaurs” (Davis, Josh, “Where Did Dinosaur Come From?,” The British Natural History Museum, August 27, 2019.).

Most of the better known species of dinosaurs are said to have appeared in the Jurassic period, approximately 200 million years ago. According to evolutionary theorists, the dinosaurs flourished through the Cretaceous period, becoming extinct over 60 million years ago. Could random mutations and natural selection actually turn a fish into an Apatosaur, even in millions of years? There are serious problems with the naturalistic Darwinian scenarios and the accompanying probability arguments. It is also interesting to note that the dinosaurs are challenging to evolutionists because the diverse kinds of dinosaurs elude all attempts to construct a clear lineage back to a common ancestor (phylogeny) and transitional candidates are rare.

The Bible states that on the fifth day of creation God created great sea monsters and flying creatures. This would have included the great swimming and flying reptiles (like the plesiosaur and pterosaur creatures mentioned at our Genesis Park website). On the sixth day God created the land animals, which would have included all of the dinosaur kinds (Genesis 1:20-25). The scriptures are clear that everything was made in six days and therefore dinosaurs and man came into existence at the same time. “For in six days the LORD made the heavens and the earth, the sea, and all that is in them, and rested the seventh day.” (Exodus 20:11) Naturalists would exclude the consideration of such a view of origins, regardless of the evidence for intelligent design. They wrongly claim that science cannot consider supernatural explanations. Nonetheless there are several compelling lines of evidence that the Bible is God’s Word.