What Killed the Dinosaurs? 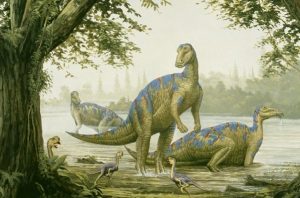 Hollywood has produced any number of recreations of the idyllic world in which dinosaurs once roamed the earth in vast numbers. But what happened to them all? Noted dinosaur authority Edwin Colbert wrote, “The great extinction…was an event that has defied all attempts at a satisfactory explanation” (The Age of Reptiles, 1997, p. 191). Evolutionary naturalists have proposed numerous divergent theories to explain what caused the demise of the dinosaurs. The implication of 2006 research by Niels Rattenborg, of the Max Planck Institute for Ornithology in Germany, is that the inability of dinosaurs to experience slow wave sleep may have been one of the reasons why they became extinct! Among evolutionists, one can find over 40 competing theories for why the dinosaurs died off. “Each can find at least some support in the geological and paleontological data that can be brought to bear on the issue. But, the fact of the matter is that even now, at the end of the twentieth century, there is no single explanation for the demise of the dinosaurs that is universally accepted by even a simple majority of scientists.” (DeCourten, F., Dinosaurs of Utah, 1998, p. 258.) 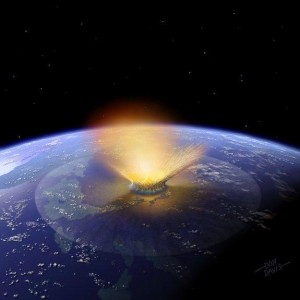 The most popular theory today is that a giant asteroid hit the earth, causing dramatic climactic change (though not even a clear majority of paleontologists support this theory). Some believe this resulted in a “deep freeze” with a blanket of dust darkening the globe for months or even years. While this certainly could have wiped out the dinosaurs; how come insects, flowering and freshwater plants, and other more susceptible organisms did not become extinct? Others suggest that the great reptiles were killed because the asteroid’s fiery embers ignited a worldwide firestorm that burned them up. But how could every dinosaur have been destroyed by this cataclysm and yet thin-skinned mammals, delicate birds, and lizards have survived? The primary evidence for this great collision comes from certain types of clay with metal called iridium in them. Asteroids have this element. So the hypothesis is that a huge meteor impact in the Yucatan spread iridium worldwide. But virtually no iridium has been found in the ejecta material at the impact site, which is supposed to be the smoking gun. Iridium is also found in the Earth’s core. Could some of these deposits be evidence of large volcanic eruptions in the past? The Flood would have caused the greatest earthquakes and volcanic eruptions ever known. In April of 2009 a mainstream geologist challenged the conventional belief that all dinosaurs went extinct by the end of the Cretaceous period. Jim Fassett, a paleontologist who holds an emeritus position at the U. S. Geological Survey, published a paper in Palaeontologia Electronica producing fossil evidence that points to a pocket of dinosaurs that somehow survived in remote parts of New Mexico and Colorado and made it into the Paleocene Age.

But perhaps the biggest puzzle of the dinosaur extinction is the pattern of the fossils. While few dinosaurs seemed to have been buried above the so called “K/T boundary” that marked the end of the Mesozoic Era, the pattern doesn’t fit a mass catastrophic extinction at just that point. One would expect to see (if perhaps a meteor strike had killed them all) an occasional fossil in the lower layers, a mass of fossils in the layer close to the extinction event, and then none thereafter. Instead we see many dinosaur fossils through the Mesozoic Era, trailing off to a very few in the top layer. In the famous Hell Creek Formation, for example, this “gradual demise” is highlighted by a 2-3 meter gap in the top of the Cretaceous where there are only a few fragments and no complete skeletons found at all. (Clarey, Timothy, “The Hell Creek Formation: The Last Gasp of the Pre-Flood Dinosaurs,” CRSQ 51:4, 2015,  p. 294.) 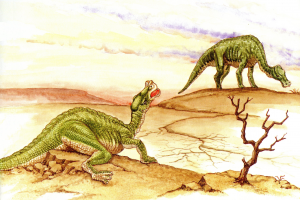 For the creationists, the answer is simple. The conditions of the early earth were ideal for dinosaurs to spread around the globe. The dinosaur bones that we discover fossilized today were laid down by the Genesis Flood. Indeed the Dinosaur Death Poses provide strong evidence that they died from asphyxiation. After the Flood, the descendants of the representative mating pairs that were preserved on the ark survived in smaller populations. As other populations flourished, many dinosaur species would have succumbed to the harsher environment. Those kinds that did not become extinct in the centuries after the Flood were hunted down as a threat or were killed for food so that only a few still survive today in very remote areas. This view is supported by the evidence presented on the Genesis Park website, including extant dinosaurian creatures in remote regions, soft tissue remains in dinosaur bones still, depictions of dinosaurs by ancient civilizations, and reports of dragons throughout history.